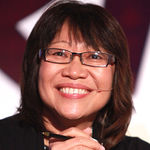 On the day Singapore announced that masks would be voluntary except on public transport and medical facilities from August 29, a Gojek driver told me, “Women will be happier and lipstick sales will go up. Let’s go,” he said.

I smiled. Of course, he couldn’t see it behind my mask, but we both shared a moment of solidarity.

We have navigated the biggest existential crisis in the life of a young Singaporean (age 57). We will get out of it together and once again the children will be able to see each other’s faces in the classroom. Smiles of others in malls, cinemas, concert halls, theaters…

I know people living in the West are baffled as to why we in Asia are still living with masks while continuing to live with Covid. It will also be interesting to see how many people in Singapore choose to wear masks as the majority still wear them now that wearing them outdoors is no longer mandatory. .

Maybe it’s like a second skin and it takes a while to fall off.

But this mask-off move is a positive signal for the rest of the region, which has been “first in, last out.” Furthermore, it is ideal for tourism, conferences and exhibitions. Especially when you’re at home, when you have the freedom to do whatever you want.

Asia is now two worlds. While Southeast Asia is largely open and free to travel across borders, varying degrees of restrictions remain in North Asia.

Attention is focused on Japan, which is taking a new step toward reopening. There are reports indicating that Covid entry tests for vaccinated travelers will be scrapped and the daily limit of 20,000 tourists will be more than doubled to 50,000 starting this month. However, travelers must book through a travel agency to enter the country.

Places such as Hong Kong, Taiwan and South Korea still have varying degrees of restrictions and testing requirements in place, while China maintains a zero Covid strategy.

China, South Korea and Japan are the three largest outbound markets in Asia. In 2019, the number of outbound tourists from China reached about 155 million. In the same year, the number of international departures from South Korea hit her 28.7 million mark, and the number of Japanese travelers abroad surpassed her 20 million for the first time (20,080,600).

It is a big chunk that is still missing from the Asian and global tourism market.

In a way, this partial opening up of Asia is a good thing. This will allow the travel industry to reopen in waves, without the problems that the US and Europe encountered during the peak summer season.

In Southeast Asia, which covers Singapore, Malaysia, the Philippines, Vietnam and Indonesia, travel recovery is strong. International travel brands such as Expedia are reporting strong growth. Inbound travel demand to Southeast Asia quadrupled year-on-year in the first half of 2022, according to Expedia flight data.

The top inbound markets are contributing to growth in Southeast Asia, with 6 of the top 10 markets within Asia, indicating a strong resurgence of intra-Asia travel. Interestingly, the US was the top Asian inbound market, followed by Thailand, Singapore, Philippines, Canada, Malaysia, Australia, Japan, UK and Indonesia.

It is these signals that give Michael Dykes, newly appointed Vice President of Market Management for Asia Pacific at Expedia Group, new optimism and confidence in Japan as a destination.

Dykes, who will move from Tokyo to Singapore for the role, said: “I don’t think the charm has faded at all. The food, the seasons, the many destinations within Japan, the great infrastructure, the educated masses and the long history. We know that, like France, France still has certain characteristics and people still want to go there.

“When it opens, it will help all of Asia and we will see another big wave of travel.”

What most Asia-based travel companies have been waiting for is a second wave of travel to come when North Asia opens up.

Singapore’s low-cost carrier Scoot recently announced that it will resume flights to Hokkaido on Nov. 1, with direct flights to Sapporo and a one-stop flight via Taipei. It quickly set off a bill of rumours–“Do airlines know something we don’t?”–and boost flight search and booking in the winter months.

The move will see the return of all of Scoot’s pre-pandemic destinations to Japan (daily to Hokkaido and Tokyo, four weekly flights to Osaka), and presumably Japan will be fully reopened by winter. expected to be deaf.

Dykes has not commented on the speculation, but said Expedia is ready to reopen all Asian markets. He said he expects the group to reach that number when borders are fully reopened.

Other postcards
• Quiet days back in Siem Reap
• Greetings from Thailand: remember the past, indulge in the present

His concern, shared with other Japanese industry experts, is whether Japan will be able to prepare for a return wave of travel due to human resource issues. , airlines, difficulty finding people, and much more. [to work]This is exacerbated by the fact that there is no immigration culture, a shrinking workforce and people leaving the industry. I worry about it,” he said.

It’s not just Japan. Labor shortages are a pervasive problem in most developed markets, including Singapore. Covid has hollowed out the industry, which is still struggling to recover from the devastation of the pandemic.

There are some notable social issues in Asia in terms of how they will affect future travel trends. Notably, Thailand’s legalization of cannabis and Singapore’s repeal of laws banning gay sex have effectively made it legal. Become LGBTQ in a city-state. Singapore is the latest location in Asia to address LGBTQ rights, after India, Taiwan and Thailand.

Passionate about inclusion and diversity, Dykes said: He tackles underrated identities with respect to accessibility and inclusiveness. “

In that respect, he said, Japan is also changing.

“We are seeing a generational shift in how society thinks about these issues. Japan needs more women in leadership and more needs to be done. is now the default, eg LGBTQ: it’s normal to talk and talk about it now.

“There has been a generational change in the change of mindset. All countries are on the journey.”

Let’s celebrate together in Asia that we live with the new coronavirus and continue to walk towards a new world.

Yeoh Siew Hoon, Editorial Director of Northstar Travel Media Asia, is the founder and editor of Web in Travel, a content and community platform for online travel professionals in the Asia Pacific region.