About 230 whales have been beached in Tasmania.in rescue operation

About 230 whales have been stranded on Tasmania’s west coast. On an island off the southeastern coast, he came just days after 14 sperm whales were spotted beached.

The Tasmanian Department of Natural Resources and Environment said Wednesday that the pod stranded on Ocean Beach appeared to be pilot whales, and it was estimated that at least half were still alive. The ministry said a Marine Conservation Program team had assembled a whale rescue kit and was heading to the area.

A resident told the Australian Broadcasting Corporation that the whale was seen near the entrance to Macquarie Harbor and described the stranding as a “massive incident”.

“Even if a whale dies once, it is a protected species and it is a crime to interfere with the carcass,” the Environment Agency said. Olaf Meinecke, a marine scientist at Griffith University, said it was unusual for sperm whales to wash up on shore. 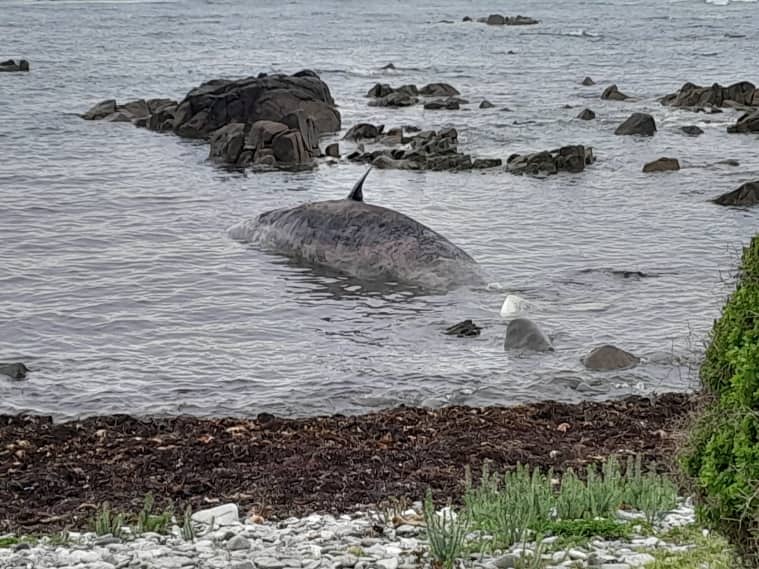 A beached sperm whale is seen in the Bay of King Island, Tasmania, Australia, on September 20, 2022. (Reuters image)

He also said rising temperatures are changing ocean currents, which may be driving the whales’ traditional food sources.

“They go to different areas and look for different food sources,” says Meynecke. “When they do this, they are not in the best shape because they can be starving.

On Monday afternoon, 14 sperm whales were spotted on King Island, part of Tasmania in Bass Strait between Melbourne and Tasmania’s north coast.

The ministry said sightings of sperm whales in Tasmania are not uncommon.

Pilot whales are notorious for stranded in large numbers for reasons that are not fully understood.

Two years ago, some 470 fin pilot whales were found washed up on a sandbar off the west coast of Tasmania, causing Australia’s largest mass stranding on record. After a week of effort, 111 whales were rescued and the rest died.